As we have all experienced up, close, and personal by now, the American housing market is in a pretty delicate condition in 2022. Many market specialists warn fresh house-hunters about the pitfalls of purchasing real estate in the present. How did we end up here despite an alleged booming real estate market? And what solutions can be implemented to get off the ground?

For starters, there is no such thing as a tough housing market for local real estate agents! Neither a housing shortage nor a seller’s market will leave them breathless until they deliver cost-affordable housing options for every home-seeker! Besides, your property won’t stay on the market for too long with their practical assistance!

US housing market faces challenges in 2022

Let’s consider the present economic situation in short. According to the most recent housing market predictions for 2022, America won’t take present obstacles easy in the short run. Property prices are at almost record-breaking high values. Add the actual US housing shortage as an ingredient, and you’ll get closer to the big picture.

Owners refuse to sell real estate for fear they might not find another affordable home. Undoubtedly, many investors hold onto their properties, hoping for an even higher price. Consequently, hoarding in real estate leads to housing scarcity.

Low mortgage rates, though they seem enticing to buy an estate, are not helpful since everybody has done their bidding already. Cash payers will always be at an advantage to mortgage applicants. Home prices are up and still going strong, especially since mid-2020. Market specialists confirmed an approximately twenty-one percent growth between June 2020 and September 2021. Real estate prices surged in almost every American city.

Official concerns about the US real estate market

Let us recall Michelle W. Bowman’s words, Governor of the Federal Reserve System, in her November 2021 speech entitled “The US Housing and Mortgage Market: Risks and Resilience. “

“These sharp increases raise the concern that housing is overvalued and that home prices may decline” (Source: FederalReserve.gov.)

She then highlights that the housing demand rose because of low-interest rates and family nest eggs. As a result, many purchased a second home roughly between July 2020 and November 2021. Next, she points out the burning issue of supply shortage in new real estate restricted by an insufficient workforce, materials, and lots.

In addition, she addressed concerns about the mortgage process. According to her, current loan underwriting standards didn’t evolve as encouragingly for investments as everybody was inclined to believe. As a result of the 2008 home price bubble, the Fed implemented loan policy reforms that kept investors’ activity was in check.

High real estate prices make it challenging for reduced-income households to buy homes. Furthermore, escalating property and rent prices contribute to growing costs of living. This tendency would lead to inflation, which the Federal Reserve’s monetary policy does not support.

The speech would also emphasize that the dip in mortgage rates hasn’t solely advanced the surging home prices. A low supply of properties and a robust demand for housing also applied a similarly significant part in the supply and demand shortcomings.

The pace of new constructions is slow,

She then admits that building new homes was way below its average, a phenomenon that can be noticed for more than ten years. The available housing suffers from this inefficiency and the rental market too. For example, the multifamily rental market shows signs of bad congestion. Did you know that several US metropolitan areas reached an even 95 percent of occupancy?

The 2008 Great Recession was the country’s most notable economic catastrophe since the Great Depression. In response, the Federal Reserve embarked on the so-called “Great Experiment,” acquiring bonds on a large scale, most particularly mortgage-backed securities of $120 billion every month. They invented the concept of Quantitative Easing, or QE, defining a large infusion of money into the economy. The US central banking system hoped that by lowering interest rates radically, QE would preserve the economy.

The local government and NIMBY (Not in My Back Yard) have their fair share of responsibility in the supply shortage and high cost of living.  Often, they opposed new constructions in various neighborhoods.

Undoubtedly, NIMBYism played a vital part.  Nonetheless, it is odd that, besides holding residential MBS in the amount of 2,6 trillion by the end of 2021, the Fed didn’t pay similar emphasis to other underlying factors.  Thus, they neglected development in underdeveloped regions, hiring more workforce, land prices, and an efficient flow of capital.  Although their policies heavily impacted home prices, the Federal Reserve came under critical fire for not focusing on these factors.

How can the Federal Reserve intervene?

The Federal Reserve announced at the end of December 2021 that it would cease its bond-buying stimulus program in March 2022, far sooner than previously intended. Additionally, it will tighten interest rates more aggressively to battle soaring US inflation.

Aside from concerns about inflation, Fed Chairman Jerome Powell stated that the economy had made enough progress to justify removing stimulus measures implemented by the central bank early in the pandemic to avert a severe depression.The United States has quickly recovered, and the job market is approaching full employment.

At the same time as hundreds of new buyers are joining the market, remote employment is becoming a permanent fixture. People are starting to migrate based on desire now that many firms no longer compel employees to come into the office. Those who formerly worked in cities and leased flats currently purchase homes in the suburbs since they no longer need to travel.

US citizens formed approximately 12.3 million households in the United States between 2012 and 2021. During this period, the construction industry built only seven million new places to live. As a result, a new housing development was already lagging, a process that commenced long before the epidemic.Therefore, many policymakers see a viable solution in building new constructions to the housing crisis.

Personnel and supply deficit in the construction industry

However, we must consider the current challenges the construction industry is facing. For starters, there had been substantial shortfalls in the national material supplies as one of the pandemic’s harshest consequences. Concrete and lumber supplies have been affected particularly badly. Imagine the price of lumber increasing approximately 170 percent compared to pre-pandemic prices! On the other hand, the construction industry suffered severe personnel shortages. Briefly put, there are enough people to work on construction sites to meet the demand for new housing. Still, there are tangible signs of relief as building companies have reported a comeback to regular material supplies. The workforce is also on the rise as wages start to grow.

With such high prices, it’s safe to assume that home purchase affordability has decreased significantly. To combat imminent inflation and strengthen its monetary policy, the Federal Reserve intends to implement a cut down on its balance sheet. Bursting interest and mortgage rates could lead to a drop in home prices sooner than expected.

The Fed “doesn’t print money” anymore and no longer buys mortgage-backed securities to contain rising rates. Besides, they will increase short-term rates. Higher rates will directly affect home prices, which will eventually go down.

Still, there’s an alarming sign! Rates are going up dramatically. In August 2021, the fixed mortgage rate was only 2.8 percent, which climbed to almost 3.7 percent by January 2022. As of February 2022, we can speak of an average of $1,570 monthly mortgage payments.

Under such circumstances, the Fed’s drastic measures put a genuine neighborhood rebirth under the question mark, at least in the short run. Due to higher mortgage rates, homeownership will plummet even more. 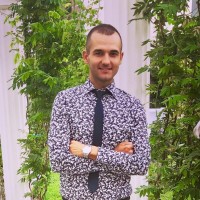 Beni Restea's experience in marketing and web development took him a long way, as he acquired the necessary skills to be a professional in digital marketing for the real estate industry. Through his work, he managed to develop exclusive content for RealEstateAgent.com, which is informative, trendy and real estate related. Through his experience as a search engine optimization specialist, he manages to significantly increase traffic to the website by sharing quality content with the world throughout the internet.

Is It Good to Buy Property with Bitcoin in Dubai?

What Makes Properties in Dubai a Worthy Investment?

Advantages of Opting for the Renowned Packers and Movers

What is The Best Phone Number Finder And Extractor?

10 ways a recruitment agency can help your business

what is moderate exercise

The Best Laptops for Engineering Students